The Water and Sewer Authority of Cabarrus County (WSACC) is an independent, incorporated, public body funded by user fees with no taxing authority supporting five jurisdictions in North Carolina: Cabarrus County, the Cities of Concord and Kannapolis, and the Towns of Harrisburg and Mount Pleasant.

WSACC is the primary planning agent for water and sewer facilities, provides wholesale wastewater transportation and treatment for its organizing jurisdictions, and provides reservoir management for some, or all, of its jurisdictions. 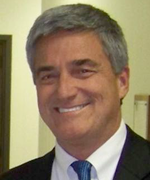 Michael Wilson, CPA, serves as the Executive Director of the Water and Sewer Authority of Cabarrus County (WSACC). Michael has served in various capacities with WSACC since 1997. Prior to coming to WSACC Michael served in Union County as Assistant County Manager/Finance Director, Controller for the City of Gastonia and as an Internal Auditor with the State of North Carolina. He received his Bachelor of Science Degree in Business/Accounting from Mars Hill University in Mars Hill, NC. Michael has obtained several professional certifications including Certified Public Accountant, Certified Public Finance Officer, and Certified Local Government Finance Officer. He is past president of the North Carolina Local Government Investment Association and is currently on the Board of Directors for the Cabarrus County Economic Development Corporation. 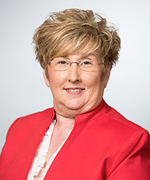 Robin Moore was hired in the position of Human Resources-Communications Manager November 1, 2004. She was promoted to Deputy Executive Director-Administration on January 24, 2009. Robin came to WSACC with over fifteen (15) years of experience in the human resources field. She has a strong background in policy development, training, recruiting, and other aspects in the human resources field.

Robin earned a Bachelor of Business Administration degree from Catawba College. She is also certified in first aid/CPR for the American Red Cross. Robin has attended various training classes in the scope of human resources and communications. 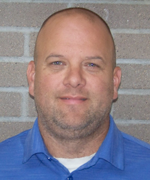 Chad received his Professional Engineer certification in 2006 and is a registered PE in North Carolina. He also holds a Grade 4 Wastewater Certification and a Grade A Water Treatment Certification.

Chad earned his Bachelor of Science degree in Civil Engineering from North Carolina State University in 2001. 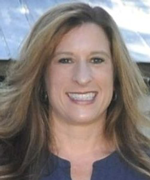 Wendi earned her Bachelor of Science degrees in both Accounting and Finance from The University of North Carolina at Charlotte.  She is a Certified Public Accountant as well as a Certified Local Government Finance Officer in North Carolina. 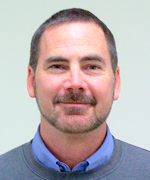 In 1998, Mark was appointed by the Concord City Council to serve as a member of the WSACC Board of Directors. Mark served as a Director, Vice Chairman and Chairman of the Board until November 2011, at which time he resigned his position on the Board to accept the position of Facilities Director for WSACC.

ISO 14001 Certification
WSACC received ISO 14001 certification for its Environmental Management System (EMS) program in June 2011. ISO is an international standards organization that has developed standards to be used universally throughout participating countries for what should be the major elements of an EMS program. This is a voluntary program and organizations seeking to implement a certified ISO 14001 EMS must pass a third-party audit by a certified registrar. The benefits of an EMS program include improvement in compliance; development of universal operating procedures; reduction in major environmental impacts; potential reduction in operating costs; improved communications internally and externally; and potential regulatory relief. WSACC has become North Carolina’s fourth governmental entity to become ISO 14001 certified.

ISO 45001 Certification
WSACC received ISO 45001 certification for its Occupational Health and Safety (OH&S) Management System in March 2015. The ISO 45001 standard provides the framework for managing and controlling health and safety risks and improving the OH&S performance. This is a voluntary program and organizations seeking to implement a certified ISO 45001 OH&S Management System must pass a third-party audit by a certified registrar. The benefits of an OH&S program include a safe work environment for staff and contractors; reduction in accident and incident rates, development of health and safety programs and operating procedures; improvement in communications internally and externally; and reduced likelihood of potential fines. WSACC has become North Carolina’s first governmental entity to become ISO 45001 certified.

Engineering
The Engineering Department provides efficient and cost-effective engineering management and oversight services for the design and construction of capital projects and overall water/wastewater planning efforts, and provides the necessary engineering and technical information to support the various WSACC operational departments.

Finance
The Finance Section is charged with administering WSACC’s financial affairs. This includes the investment and safekeeping of WSACC’s funds; the maintenance of accounting and financial records; purchasing and asset management to include maintenance of fixed asset control records; collection of all monies due to WSACC including utility accounts; preparation of all of WSACC’s payrolls; compilation of WSACC’s Comprehensive Annual Financial Report; all other financial reporting requirements to WSACC’s Board members and all financial institutions requiring WSACC’s financial information; data processing related to financial accounting and payroll; internal audit; coordinating the annual budget and monitoring compliance after adoption as required by the Local Government Budget and Fiscal Control Act; preparation of a multi-year capital improvement program; debt administration to include compliance with the Local Government Commission requirements; assisting with the annual independent audit; and other special projects.

The goal of the Operations Department is to safely operate the facilities within permit requirements, maximizing the life and performance of the equipment, staying current with the latest technology, while maintaining the most efficient use of funds.

Where to Pay Your Utility Bill